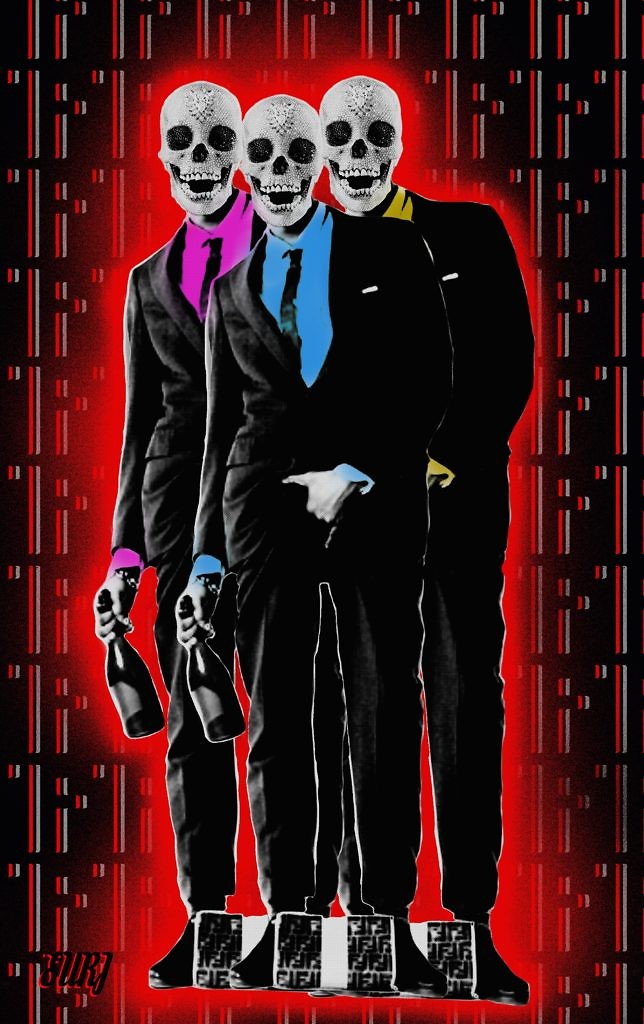 Rick the Rula! Slick Rick homage mashed up with the Diamond Skull from Damien Hirst “For the Love of God.” The image is a halftone wheat paste with stenciled spray paint.

SURJ is a Denver based artist, concentrating on Pop art with frequently used  ‘Street Influence.’ Walking the streets of Los Angeles, with time, the art adorning the buildings becomes instilled in one’s DNA. Occasionally you forget to look, but always, you know it’s there. Whether it’s Shepard Fairy, Banksy, Mr. Brainwash, Retina, or any other native street artists.

Here is a great snap of the 40 ft. Mural ‘Chin Up’ by Denver based artist SURJ, part of the ‘Duct work’ project underneath I-70. The mural is meant to represent battle tested spirit of the community that surrounds the area. With the bold, striking colors, the image is both potent and easily translatable.

Gamma raises a ladder as he prepares to paint a mural on a column during Duct-Work in the I-70 Viaduct in Denver, Colorado on October 1, 2016. Denver Urban Arts Fund is helping to bring new life to the I-70 viaduct through art. Duct-Work features over 20 artists that are painting murals to bring color to the dark tunnel until the viaduct is destroyed in a few years.

Robin Munro uses spray paint to create a mural on a wall as patrons look on during Duct-Work in the I-70 Viaduct in Denver, Colorado on October 1, 2016.

The murals have an expiration date. Soon, CDOT plans to begin construction on the Central 70 Project, which aims to rejuvenate the I-70 route that passes through the Elyria-Swansea area.  The design includes building a park over the strip where the artists painted their murals. Everything will be demolished at that time.  That is how street art works though, it is meant to be short-lived!

Read more about it here and here

A Pair Of Shoes

In the vein of Van Gogh’s working man’s “Pair of Shoes”, comes a stark contrast. Christian Louboutin’s gorgeous heels with an acrylic and spray paint backdrop. Modern and Fashionable 🙂 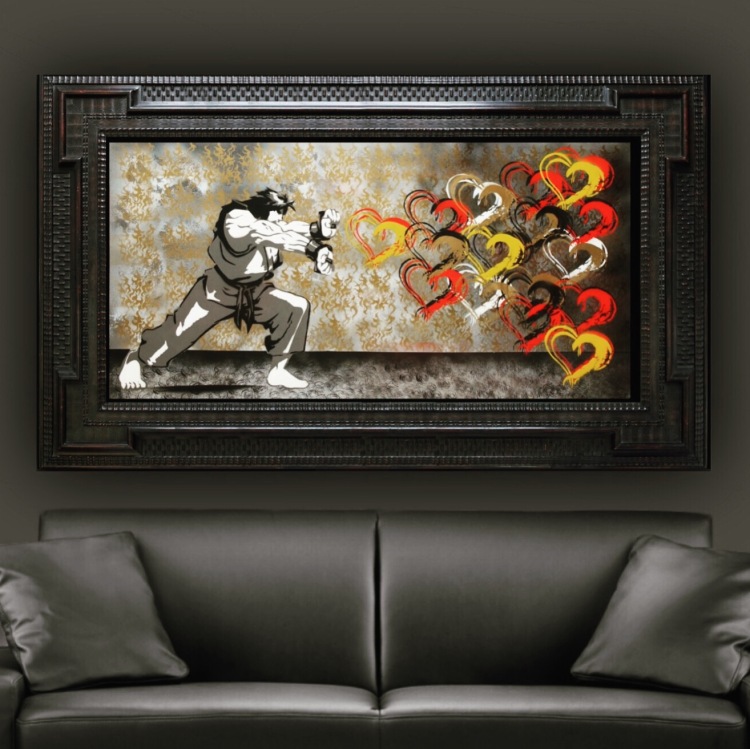 Just wanted to say thank you to all the fans that voted for my mini-mural for the #ArtOnTheAve contest on #Colfax! Many more to come! Stand by.